It's still our apartment

I need a break from the long-running horror of Stephanie's 2013 hospitalizations — a break she needed, too, but never got until it was over. That story will resume, but today is a more pleasant rumination. 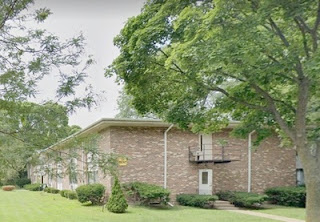 When Stephanie died, I briefly flirted with the idea of moving out of this apartment that we'd shared for fourteen years. The memories were too overpowering. I even thought about leaving Madison, her home town that she had missed so much we moved here in 2004. Stephanie quickly made Madison feel like my home town too, and this apartment had become our home.

Steph died two years ago, and I miss her like it was yesterday, but now I can't imagine moving — because this is still our home. She's still here with me. I don't want to live alone, and when I'm in the apartment, even though I'm alone I don't feel alone.

Stephanie is with me in the kitchen when I'm warming up a platter of soup, because she made the kitchen her territory. It's messier now, because I don't have Steph's high standards, and I've moved most of her cookware and cookbooks to the Shrine, because I don't cook much and it's a small kitchen. So I've changed it a lot, but it's still Stephanie's kitchen, and there's something 'Steph' about being in that room. And there are things I've haven't changed. Her potholders are above the stove. Her favorite soups are still on the shelf. I never use those potholders and I don't care for that style of soup, but they'll be there as long as I am.

She's with me when I check the mail, because her name is still on the box, and because our mailbox is at knee-height. The low mailbox meant that checking the mail was one of the few chores Steph could do from her wheelchair with no real difficulty, so long as we didn't get any packages.

She's with me when I take out the trash, because I walk down a hallway where she did her prosthetic-walking exercises so many afternoons. She tried so hard to walk on that prosthetic, and I walked with her as a spotter in case she went down — which she did only once, when I wasn't there. That's why I always wanted to be there, after that, and that's why she didn't mind.

At the end of the hall, I step out the door to our back-alley. We always went that way out of the building when we were breakfasting at Ogden's, or if we were just walking the neighborhood. We walked the neighborhood so often, so many times, that these days, wherever I am when I walk the neighborhood, there's a Stephanie memory at every corner.

She's with me here as I'm typing this, in the room we used to call the office. For several years both Steph and I had our desktop computers in this room, and now it's where I sleep, beside the desk where she used to surf the internet. I'm using that same desk today, and I've intentionally left a few of Steph's knickknacks on it.

The bedroom — sorry love, I had to change the bedroom a lot, or I would've lost my mind. I emptied the closet, giving most of Steph's wardrobe to charity, and moving a few cherished items to the front room, in the Shrine. The bed is gone; replaced with a single bed since I'll never need a double. I don't sleep in that room any more, but the new cat does. Mostly I avoid that room. It's a little too much.

Stephanie is with me in the bathroom, where her toothbrush still leans against mine beside the sink. Her shampoo is still in the shower. Her disabled-riser seat is still on the toilet. She thanked me for putting in a better shower head, and for adding no-slip stickers to the tub, and maybe it's nuts but I remember that every time I'm in the shower. Under the sink there's a drawer full of Steph's hair stuff and some pills and ointments and girly things, and I'll never clean out that drawer. I kinda like opening it and looking through the effluvia sometimes.

She's with me at the end of the hallway, where our old bedroom is on one side and the bathroom is on the other. There's still a dark horizontal smudge about twelve inches up the wall, where the wheels of Steph's wheelchair bumped against the paint, as she turned her chair around in the cramped quarters of that hallway. Just a bump here and a bump there, but after thousands and thousands of bumps it became a thin layer of rubber from her wheels, now a stripe along the wall. Am I ever going to wipe that smudge away? Never ever.

And I'm never moving out of this apartment, not until I die, because Stephanie is still here with me, and I love that.
Newer Post Older Post Home