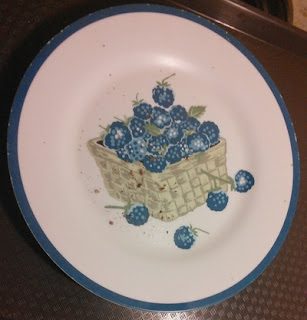 Until Stephanie came into my life, I'd never experienced winter, really. Seattle has snowfall, an inch one week and two inches a few weeks later, but it rarely gets below freezing. And in San Francisco, winter just means you'll want to wear a windbreaker over your t-shirt.

When I visited Wisconsin with Stephanie, I saw some serious winter, but only as a tourist. Later we moved to Kansas City in the summertime, but in early autumn, Steph sat me down and gave me a talking-to about the approaching winter.

"When it's seriously cold out, wear lots of layers," she said. "Wear gloves, because frostbite is a real thing and it can bite your fingers off." And she said, "You do have a winter jacket, right?"

"Nope," I said. All I had was a hoodie and a lightly-lined windbreaker.

"You'll need a coat, Doug. A real coat." She showed me *her* winter jacket, which I hadn't seen since she'd left Wisconsin. She'd never worn it in California, because it would've been ridiculous there — this was a *heavy* coat, five pounds of fabric and stuffing and zipper, plus buttons and a flap that folded *over* the zipper to help keep out the cold. "Below freezing happens," she deadpanned, "so you'll need a winter jacket."

She Googled, and decided that Burlington Coat Factory had the best balance of low prices and good reputation. She found exactly the winter coat I needed, and she took detailed notes on an index card, because back then you couldn't carry the internet with you in your purse or pocket.

Burlington had a store at Kansas City's Bannister Mall, and Stephanie called and verified that they had my coat in stock. We weren't sure how many Xs I needed, though — I was a fat guy so definitely a few Xs, but was I 3Xs or maybe 4? Or maybe, Steph said, thinking out loud, I'd be 5X or 6X, because in winter I'd be wearing a sweatshirt or a sweater *under* the coat, so some extra inches should be allowed. Steph was always good at planning ahead.

She mapped out a Saturday bus trip for us, taking city transit from our apartment to Bannister Mall, far, far away. It looked like it might be a fun field trip, to be honest, because Google kept telling us that Bannister Mall was a behemoth — much larger than your typical shopping mall.

Come Saturday, though, Stephanie had to work, so she sent me off to the mall without anyone's hand to hold. Scary! Like a big boy, though, I found the right bus, got off at the right stop, walked into the big Burlington store, and found exactly the jacket I needed, thanks to Stephanie's index card. I bought the 4X because it was loose, and Steph said loose would be best. Come December and January, with more layers underneath, it would fit just right, she said.

And she was right. That was a great jacket, and it's gotten me through every winter since then. It's still in the closet, here at our apartment in Madison, and I still wear it any time I'm going out into the winter for more than a few minutes.

Stephanie and I still wanted our field trip to Bannister Mall, though, so we went together a few weeks later. I knew she'd love it, and she did. The Burlington store was across the street, so I hadn't set foot in the mall when I'd come alone, but even from across the vast parking lot I could see that the mall was amazing in its awfulness, and we were not disappointed.

Steph and I were not mall people. We shared a belief in capitalism as a concept, but not the excessive way it's practiced in America. A shopping mall, with all the glittery baubles you can imagine wrapped in plastic and stacked in one big building, or maybe several big buildings, with all the stores connected by endless walkways with more stores all along the way — it sounded horrific, and we came to gawk 'n mock, not to shop.

There were fountains and food courts, and stores, stores, and more stores, and all of it was run-down and tacky as hell, exactly as we'd hoped. Bannister Mall was huge, decadent, ghastly, and fading toward bankruptcy. It was beautiful.

There were a dozen empty storefronts, and the parking lot had the look of old asphalt, cracked and tired and littered. "I give this place five years," Stephanie said, and she was almost exactly right. The mall closed six years later, after we'd left Kansas City.

The mall had three, maybe four major department stores, and each of them was huge, but with few customers. Steph was never much into girly things like makeup and perfume, and as we walked through acres of cosmetics in one of the department stores, she shook her head and said, "I'll bet there's a hundred thousand lipsticks for sale in this mall. Something you don't really need, in every color you can imagine."

We enjoyed wandering through that enormous mall, but one visit was enough, until a few years later, when one of the department stores was closing, and having an "everything must go" sale. Steph wanted a new blender at 80% off, and we thought it would be great fun to see the rotting entrails of a defeated corporation.

On our second visit, the decay was everywhere. We walked past empty jewelry display stands, and almost empty clothing racks, and many, many shuttered storefronts. All the customers seemed to be poor folks like Steph and me — not the kind of people who'd ever been welcome at the mall, until the going out of business sale.

The blenders were all gone, but Steph found a set of four dishes with pretty pictures of fruit baked into the melamine. They were marked down from $2 per plate to 20¢, so we bought a set of four dishes for 80¢ plus sales tax. It was the last set of plates they had, the last *anything* in that section of the store. When we took the plates toward a cash register, all the shelves were empty.

We wanted to explore the store's second floor, to see what little might remain, so we stepped onto the escalator and it took us up. As we went higher we saw the store stretch further and further, wider and wider from our perspective — so many disused cash registers, whole areas roped off, carts and boxes and clutter clogging some of the aisles, shoppers climbing over and through all this mess, under flickering fluorescent bulbs rendering the view even bleaker than it was.

And that's the moment I'm remembering this morning — holding Stephanie's hand as we rode the escalator up, over the ruins of a department store sprawled out under us, almost all the merchandise gone, but still crowded with people.

That's what life is like now, for me. Far as the eye can see, there are things that used to be beautiful, but now they're just remnants. Everything must go. Most of it's already gone, and what's left is a mess. This city. This apartment. This room, where I just ate a sandwich off one of the plates we bought that afternoon at Bannister Mall.

I'd forgotten all of this, everything from the first sentence to this one, until I looked at that plate after eating my sandwich. Then it all came flooding back, and now Stephanie and I are riding that escalator again, thirty seconds frozen in time forever. It's a strange moment to be reliving, but it's nice — strangely nice.

Stephanie was with me on that escalator, and in this life, and then she wasn't. But she still is, kind of. Nothing is what it was, and it never will be again — except this plate, I guess. And my winter jacket. And if I go deep enough into the memories, there must be a thousand things in this apartment with Stephanie stories behind them — that chair, her space heater, that shopping bag, the crack in the crisper at the bottom of the refrigerator.

This apartment is jam-packed with Stephanie stories, and so's my head. There are so many stories, I won't have enough years left to tell them all, but I remember, cherish them all and always will, until that escalator reaches the second floor for me, too.