Visit to the Free Clinic

After our quick move to the Wallaby Hotel, we settled in for domestic life. I worked at the magazine Monday through Friday, and Steph looked for work, a process we expected might take weeks or even months.
Steph was generally an easy-going woman, but she could be methodical when she had her mind set on something, and her mind was set on finding a job. She got a mobile phone, and updated her resume with its number. She spent her days looking through job openings listed in The Chronicle and The Examiner, and took no days off from job-hunting. She went to the library to scan the internet for more leads. She had a solid resume as an office worker, and she mailed it around the city.
Day to day, she continued looking for work, and prepared sumptuous meals for us without a kitchen, using only a microwave, a toaster oven, and a hot plate. Good thing she could cook, because money was tight, and even fast-food was beyond our budget.
One afternoon, Stephanie called me at work, and told me she needed to see a doctor. This posed a dilemma — my workplace didn't offer health coverage, and Stephanie was unemployed, so neither of us had medical insurance. She called a couple of doctor's offices, and got bad news from both; one said they simply wouldn't see patients without insurance; the other estimated that it would cost several hundred dollars, not including lab charges for any tests. 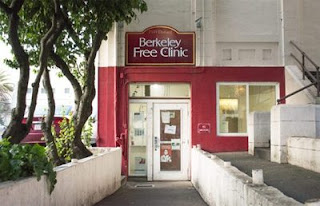