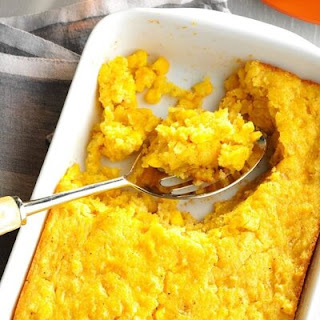 I'm gourmet enough to taste the difference between excellent and adequate and awful meals, but unless the food is really quite bad I'll eat six pounds of just about anything that's set in front of me, with no complaints.

My beloved Stephanie was the opposite. She had some standards, dang it. She was a great cook, and when she made our meals, she wanted everything to be perfect. She judged herself harshly if her pot roast or shrimpy noodles weren't seasoned exactly as she'd intended, or if it was ever-so-slightly over- or under-cooked.

For most of our marriage, Steph's insistence on eating only food that she liked was just one of her charming characteristics. It meant more leftovers for me, and that was OK with huge and always hungry Doug. When Steph was hospitalized, though, which happened frequently in her last several years, her disinterest in bland "hospital food" became a very serious problem. The hospital couldn't provide edible food, so Steph wouldn't eat, and at one point, during a long stay in the hospital, she was actually diagnosed with malnutrition.

But I've told too many medical tales recently, and it gets depressing to write or read about the difficult times, so that's not the story I'm telling today.

For several years, Stephanie tried to coach me into being a better cook. The idea, at first, was that I would make dinner for us one night a week, so Stephanie could have a night off from the kitchen. We both knew, though, that she never wanted a night off from the kitchen. She loved cooking, so our scheduled Doug-dinners were frequently postponed at Stephanie's request, when she had a recipe she was eager to prepare. She occasionally confessed that she wanted me to cook, not for a night off, but because she wanted me to share her joy of cooking.

And I tried, honest — tried dang hard, for several years. I absolutely shared Steph's joy in eating the delicious meals that she prepared, but the meals I prepared? Not so much. I've always been a lousy cook and even with Steph's patient assistance I didn't improve much. I must've prepared two hundred dinners for Steph and I that instead fed the garbage can.

I sought out recipes that had fewer ingredients and shorter instructions, hoping that would mean fewer opportunities to screw it up, but still, there were only a handful of recipes I could make that Steph would eat:

• Stephanie loved a good Rueben, and often ordered Ruebens at restaurants, then critiqued them afterwards. So I knew what she liked and didn't like in a Reuben, and made it my mission to make good Reubens at home. Googled around, found a recipe that was perfect for me — step-by-step, and it had pictures, measuring the butter and Thousand Island and meat and everything, so it was impossible to screw it up. So I only screwed it up once in a while.

• Scrambled eggs. Steph would always compliment me on my scrambled eggs, "You make the best scrambled eggs," but hers were just as good once I'd shared my secret. I'd read in a (non-cookbook) book once, that to make more flavorful and sumptuous scrambled eggs, they should be cooked at a low heat, and constantly scrambled. It takes lots longer, but tastes lots better.

• When Stephanie had diabetes, I made kinda messy but pretty good muffin/scone/fritter concoctions, following an ordinary recipe but using canned no-sugar-added fruit filling and a whole lot of erythritol (sugar-free sweetener) instead of sugar.

• From a box, I could make cream of wheat that Steph liked, and on the internet I found a few tweaks that could turn store-bought cornbread mix into some seriously excellent cornbread.

• And last and least impressively, I could create passable impressions of some of Stephanie's less-complicated recipes, mostly the really easy ones, like bacon-wrapped steaks or egg-drop soup, and cornbread casserole or tuna casserole.

For the most part, though, Steph cooked and I didn't. It took many, many failures before we figured out that the dinners listed above were my only reliable successes. Generally, the conversation went like this:

Steph: "Thank you for cooking, Doug. It [looks/smells] [good/OK/weird/awful], but let's try a bite …" And then: "Hmmm. I'm sorry, love. I know you worked hard on this, but it's just not very good." Followed by frozen pizza, or pizza delivered, or some other back-up plan. Always, there'd better be a back-up plan.

In her wisdom, Steph eventually suggested scaling back from Doug-dinners once a week, to once every other week, and then once per month, and finally, no Doug-dinners at all except for the few selections listed above, and generally only when Steph wasn't feeling up to cooking.

All this comes to mind because I scrambled some eggs, and cried a little that Steph wasn't here to have some. And in writing this, I went through her recipe cards to shake loose the memory of which recipes I could occasionally cook successfully. The recipe I'm yearning for today and making tonight will be Steph's cornbread casserole.

Update: The cornbread casserole turned out pretty good — not great, but not at all bad. Needs more salt, but fortunately I have salt shakers. Stephanie would've eaten an entire helping, and maybe had seconds. She's proud of me, I'm sure.

2 boxes of cornbread mix
4 eggs
8 ounces of sour cream
16 ounces of cottage cheese
1 can of corn, drained
1 can of creamed corn, not drained

Mix all these ingredients in a 9x13 pan, and bake at 350° for 50 minutes or until it looks like it's supposed to look.
Newer Post Older Post Home